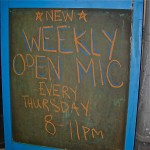 Nestled in the heart of the Junction, La Revolucion has been serving delicious Mexican food for 4 years now, but I happened to visit on the first night of a new open mic event, affectionately named “Tinderbox” by owner Indira Cadena. It was a pretty quiet night (total of three performers) but this allowed Indira herself to step out from behind the bar and grace us with a couple of old standards at the piano. 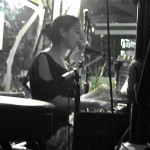 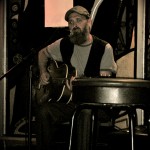 Host Michael Keith has been playing music in the west end for some time. I had the honour of being the first – inaugural, as I described it – open mic guest. Since there was time to play, Michael joined me on stage to add guitar leads to my original songs – I just love that kind of spontaneous collaboration! 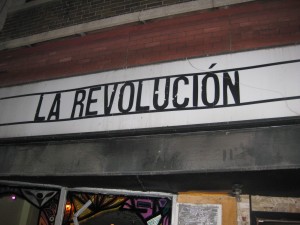