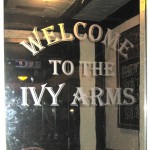 I think 2011 must have been a banner year for new open stages because here is yet another. The current incarnation of the Open Mic & Jam at the Ivy Arms was launched in December 2011 and is hosted by Paul Crawford and Ryan Hill. The music gets started between 8:30 and 9:00 pm with a sound system to plug into or a house guitar for performers to use. No formal sign-up procedure – just let it be known that you want to play and they’ll work you into the line-up. Paul is working hard to promote the event and he repeated his invitation to come up to the mic every couple of songs. He has also created a FB page to update folks on the jam: https://www.facebook.com/pages/Open-Mic-Jam-Night-at-Ivy-Arms/266702010043809

I complained about the TV being on at the last venue I visited – I wouldn’t describe myself as a  Luddite but there are times I relish the the SCTV opening scene: http://www.youtube.com/watch?v=xvfnqr6qOps&feature=related  I am partial to the music being the focus. This pub had five TVs of various sizes so I could choose between NHL highlights and Ultimate Fight Club to entertain me while I sang. Luckily, the sound system easily trumped the TVs so the distraction was only visual. 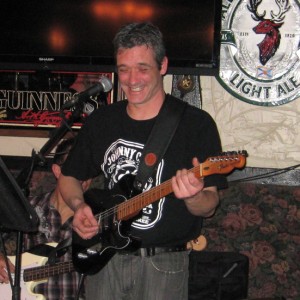 It was great to hear some originals amongst the covers. Members of local bands (4Play & The Lucky Ones) took the stage. Thanks to Paul & Ryan for inviting me up to do some harmony vocals – that was fun.