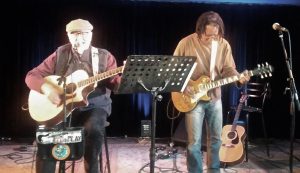 It’s great to revisit an open mic to find it going strong years later. I was at Irene’s in Ottawa over 6 years ago on a lovely summer day. On a wintery February afternoon a couple of weeks ago it was even more lively and bustling than the first time I visited. Geoff Johnson is still multi-tasking as soundman, host, and musical collaborator. (Alternate Saturdays are hosted by Sean Tansey.) 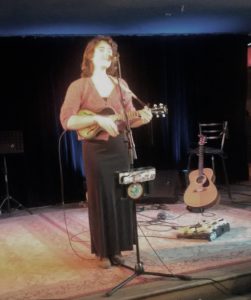 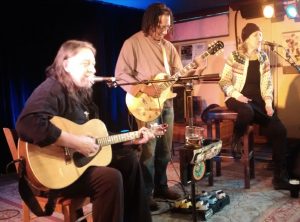 Many different styles were represented and the music was steady all afternoon. A house piano and guitar make some musical spontaneity possible. Despite the busy-ness of the venue the audience was friendly and appreciative. If you don’t happen to be in the area on a Saturday, Irene has live music several other days of the week, including a women songwriters circle the third Monday each month.