Smile Tiger Coffee is not your typical train station coffee shop. But there it is, just steps from the Kitchener VIA Rail pouring lattes and americanos, or craft brews if you prefer. And the first Friday each month there is a delightful open mic.

This event seems very well attended considering neither the venue (Smile Tiger Coffee) nor the sponsor (Brickhouse Guitars) promote it on their websites. I just happened to see a post from a friend to know it was happening. 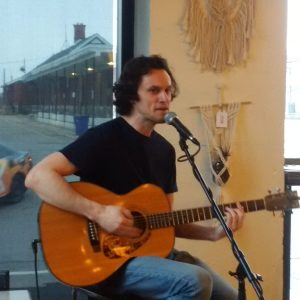 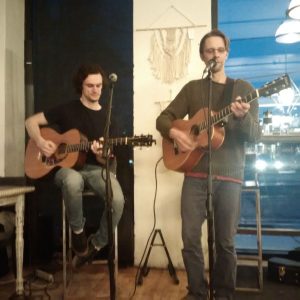 Hosted by the friendly and talented Corey Heuvel, The Smile Tiger open mic attracts a high calibre of musician. The place was full and everyone had something great to offer. Solos, ensembles, covers and originals – lots of genres represented. And early enough to kick-start your Friday night. 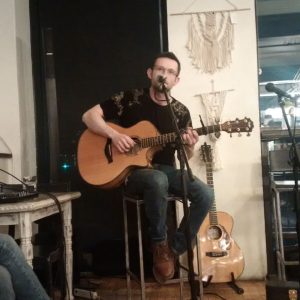 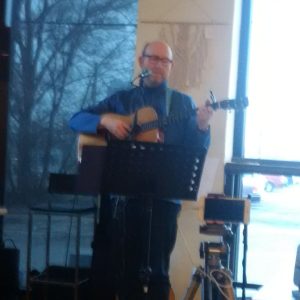 Definitely worth a visit – bring your best.

Some events make it worthwhile to stay up past my bedtime. The Amsterdam Bicycle Club’s Monday night open mic has been going strong for almost five years and seems to attract not only a high caliber of music but a great diversity of styles. Rap, electronica, folk, originals, covers, solo

and full band numbers all graced the stage. According to Justin, a regular at the ABC, it is also a community of musicians who are very supportive of each other. 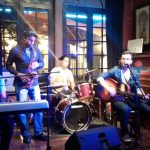 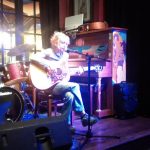 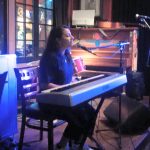 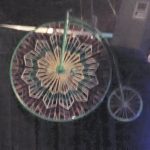 Special thanks to Justin, Michel & Laura, Kunle, and India for taking a moment to chat and making the night even more memorable!

There has been a music-shaped empty space in Guelph for a while now. Once filled by the Magnolia Café and then by the Joint, the Red Brick Café took its turn last week hosting musicians on a Tuesday evening.

There was a very enthusiastic turnout, both 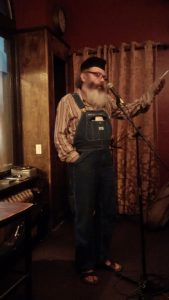 performers and listeners.  Original songwriting, old standards, spoken word all had their time at the mic. I know I am not alone in hoping that they invite the acoustic open mic folks back again – maybe once a month? It is a lovely venue for music (the Café presents many live music events), the snacks are good, the service is friendly. And the people who came out to play… a fine group of people! 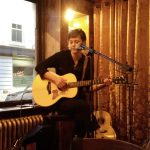 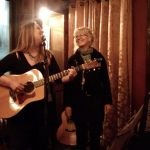 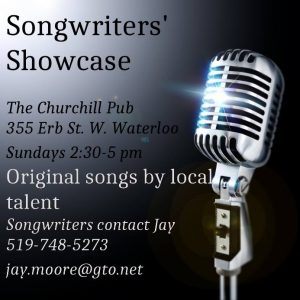 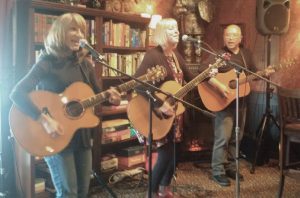 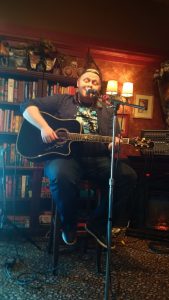 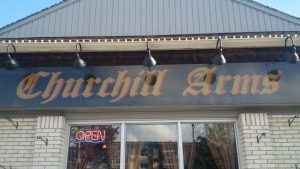 A Magical Monday at the Boathouse Open Mic

What a treat it was to be at the Boathouse Monday night open mic. So much great creativity and spontaneous collaboration! 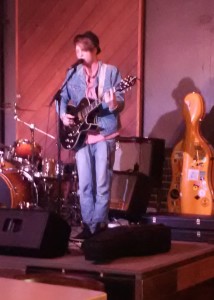 Two highlights of the night were – unfortunately for us – from performers that are leaving Ontario this month: Jeremy Stuart (off to Alberta) and Lydia Mainville (heading home to New Brunswick). It’s hard not to love Jeremy’s heartfelt songwriting, sweet voice and general authenticity. Cello/Voice/Loop/Magic is how one poster describes Lydia’s music. It is magical indeed, combining the traditional with original composition, layering sound that casts a spell.

Fortunately – Lydia is hosting the open mic for the next two weeks and both are doing a whirlwind of gigs before leaving so check out their FB pages for dates (Jeremy, Lydia). 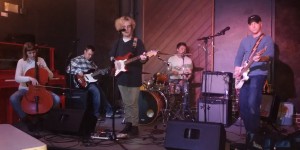 And thank you to Midnight Run for the rousing Doobie Brothers cover : )