There seem to be a lot of neighbourhood porch parties springing up in my region (Hohner Avenue, Schneider Creek , Preston). Matching a porch host with a musical act, they are great from so many angles. If it is your neighbourhood, it is a great way to bring people out to mingle with each other. If you are from somewhere else, it is a fun way to explore a new part of town that you might otherwise never have known about and sample some live music. I’ve watched the Grand Porch Party (Kitchener) grow over the past five years – every year including a featured partner that raises consciousness about some social, artistic or environmental issue.

Last weekend my trio (Callisto) sang at the inaugural Junction Porchfest in Guelph. Weather didn’t keep away a small but appreciative audience. It was a nice atmosphere for residents (or nearby residents) to connect/reconnect, time for musicians to listen to other performers, and opportunities to sing along!  I look forward to watching this event grow and build an annual following.

Now I just need to figure out how to get one started in Elora! 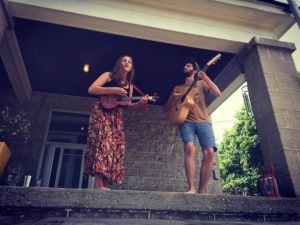 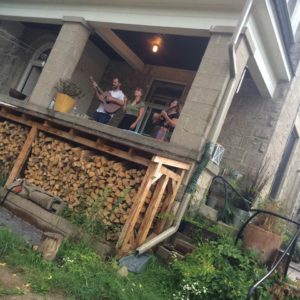 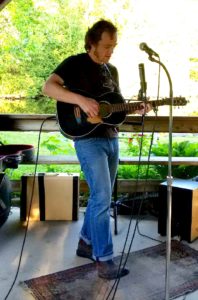 Rockwood has a tradition of kicking off the Pioneer Days Festival with an outdoor open mic. With Ian Reid as host, a beautiful riverside setting and perfect weather, this year’s Waterside Park Open Mic was a great success.   There was a full, all-ages list of participants and delicious treats just across the street provided by the Goodfellow Bakery.

The open mic was also something of a send-off for Ian as he heads west on tour with a new CD to share. We wish him a safe and fruitful journey! 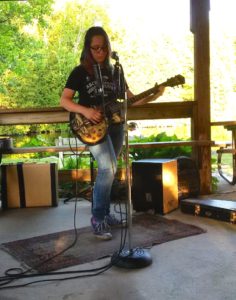 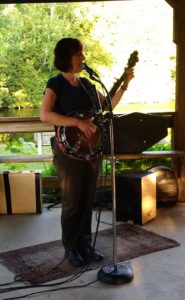 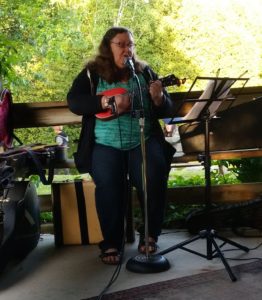 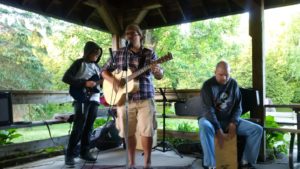 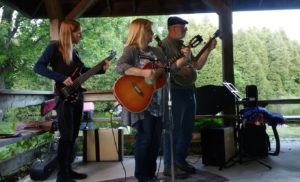 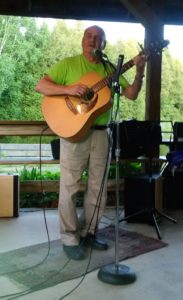 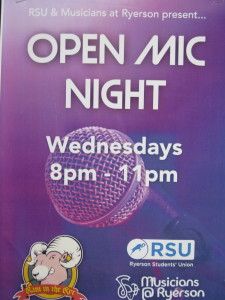 In many ways this event has a very familiar format: an evening at the pub, 2-3 songs each, lots of variety. But there are some things that make this jam unique. Hosted by the award-winning student group Musicians at Ryerson ([email protected]), house instruments (guitar, ukulele, keyboard, bass, djembe) are provided to allow you to take part even if you don’t have an instrument. Despite having to compete with the background pub noise, there is a core group that is there to listen and especially to encourage any reticent or first-time participants. 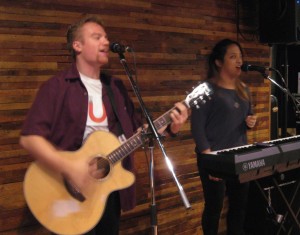 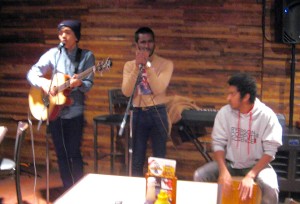 In addition to the open mic, the [email protected] team has hosted free guitar and ukulele workshops , open outdoor jams, a darkness concert, battle of the bands and campus concerts. There is a directory to help students find musical collaborators. When a musician leaves home for university, they may be leaving behind their choir, their band or their friends they can count on for a jam. Affectionately called “Ryerson’s unofficial music program”, [email protected] has created a musical home away from home where people can connect through music.

Thank you to the [email protected] crew for sharing their talent and for making me feel so welcome! 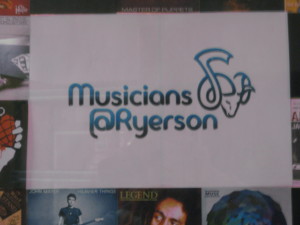 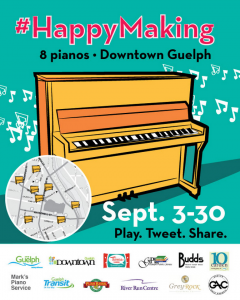 As if by magic, the rain stayed away for two days of music and merriment at Evergreen Ranch. Musicians from the surrounding communities (Guelph, Milton, Elora, Rockwood, Elmira) provided over 14 hours of entertainment in idyllic country surroundings. There was delicious food to be had and lots of friendly people to relax with. The cherry on top was the campfire that kept the music going into the night. If you didn’t make it to Ark Fest, watch for Ark Coffee House events throughout the year (find them on FB). Thanks to the Loney family and all the volunteers who made it happen. 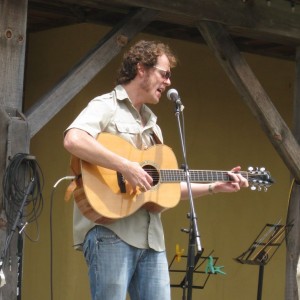 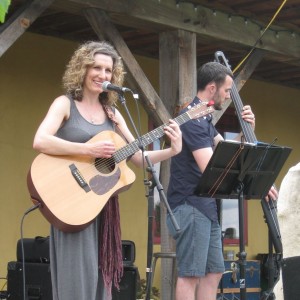 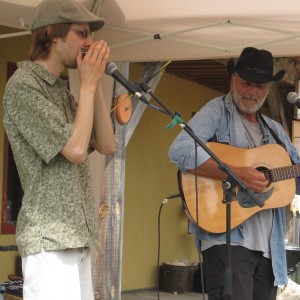 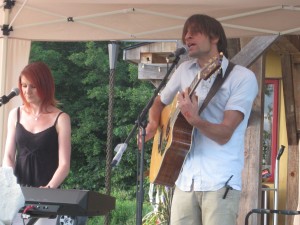 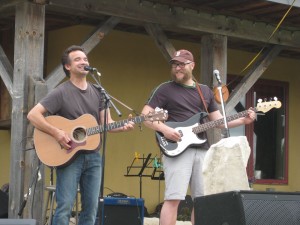