I picked a perfect night to return to Monday Night Deliverance, this time accompanied by my daughter, Genny. The musical line-up was stellar: Ken Brown kicked the evening off followed by Douglas Watson. Spoken word from Alice was rounded out by Ken’s improv guitar. The lovely and talented Alysha Brillinger brought some polished and high energy covers accompanied by her Dad on bass. Hosts Christen Zuch and Michael Downing kept the show moving and contributed their own sounds: some original tunes from Christen and a sweet rendition of Cohen’s Famous Blue Raincoat by Mike. The closer for the evening was cellist and high tech aficionado Nick Storring using computer generated loops and effects to create a sound all his own. How nice to happen upon an evening of such great music!

This gathering has picked up momentum since I last visited (May 2011). There are now two nights a week dedicated to open mic music and spoken word. This fall Kristen is hosting a songwriting competition called “Beans Got Talent”. Prizes include a songwriting session with Ian Smith and 10 hours of studio time. Contact Wendy Hearn for details ([email protected]) – register by September 14th. 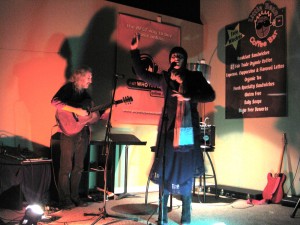 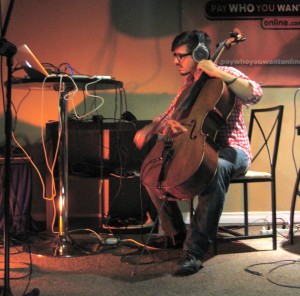 The Only Constant is Change

The good news: I met a musician at a jam who found out about the event via the Open Stage Adventure! It’s gratifying to know that people are finding music through the site. The bad news is that he also went to another venue based on info posted on the website and the event was no longer happening.

So – I’d like to thank Richard from Orangeville for visiting the Fergus jam and providing some musical updates. I am dedicating this post to changes in venues/events that have happened since I visited them. Like Richard, I have also shown up somewhere based on what looked like current info from the internet to find the venue had closed or an event had changed time slots.

This establishment closed its doors August 2011. One less music-positive space in the world. May the tradition be picked up by someone else for the musicians of Alliston. In the meantime, there is always the Songwriters’ Showcase if you want to see some live music locally.

The songwriters’ open stage on Monday nights isn’t taking place anymore but there is now a Saturday afternoon jam (2:00-5:30) hosted by Daniel Richard.

The Sandbox, First Unitarian Congregation of Waterloo (in Kitchener)

This song circle has stopped meeting as the space was needed for other purposes.

The hosts have talked about moving to an every other week format and a later start time of 9:30 – that’s when everyone was arriving anyway – so phone the pub to double check before making the trip (519-846-5775).

ANY OTHER UPDATES? Drop me an email if your event or one you have attended has made any changes and I’ll be sure to keep the listing current. Also – wherever possible I have contact info for either hosts or venue. A quick call or email is a good idea to make sure you don’t arrive to do a solo performance. 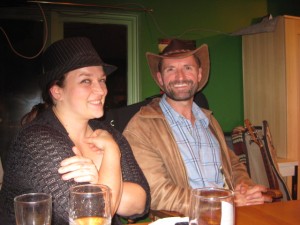 Having just enjoyed a way-too-shortl Amelia Curran performance at the Jane Bond, I decided to extend the musical evening a little longer by visiting “Monday Night Deliverance”, a new open stage at Little Bean Coffee Bar. Hosted by Christen Zuch and Michael Downing, this event has been running since March and already seems to pull in a good audience.  Says Christen: “The idea behind the Monday Night deliverance is that anyone can get up and have their 15 minutes, whether it’s spoken word, folk, rap or rock. Anything goes. We invite anyone to come share their heart.” On this

particular night I had a taste of the wide variety performers which ranged from rock & roll to spoken word to a compelling voice/guitar/cello collaboration. The venue is spacious and high-ceilinged, with low comfy chairs and café tables in the front and a bar complete with hockey-game-on-TV a little farther back. The start (8:00-8:45) and end (11:00 – 12:00) times are somewhat flexible depending on who shows up and when.