Venue: Open Mic at the Café Creperie, Elora ON

I have been going to the Tuesday night acoustic jam at the Creperie for years – not sure why it has taken me so long to check out the open mic that has been running since 2014 at the same space. Unlike the acoustic jam which is more of a song circle format, this one has a sound system set up and ready to plug into for 3 songs (or more depending on how busy the night is). 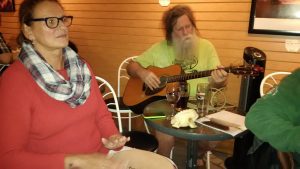 Frank was our host on this particular Friday night and Michel played guitar leads for just about every performer who stepped up to the mic. This open mic doesn’t have much of an on-line presence – the last mention of it on the Creperie FB page is in October 2015 – but it is still happening, has a regular following and lots of great music. 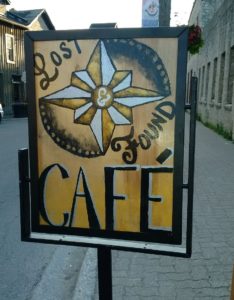 A new addition to Elora, Lost & Found Café has started off well with a Saturday night jam. The café has a warm ambiance and great acoustics, which suit the unplugged music being played. 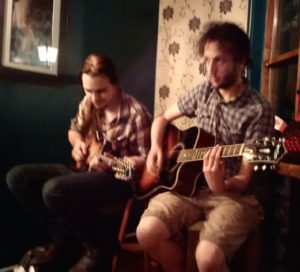 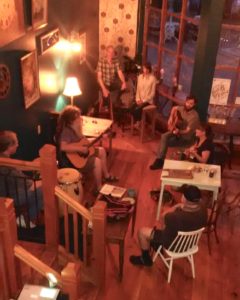 The website doesn’t mention the jam but you can find current specials and other info on their FB page. Lost & Found Café is off the main street, tucked inside “The Mews”,  just next door to the Gorge Cinema, and it is definitely worth looking for. 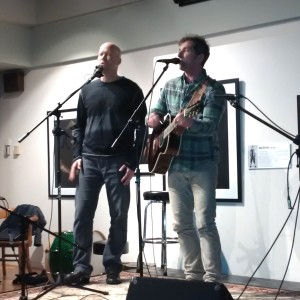 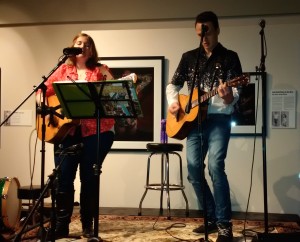 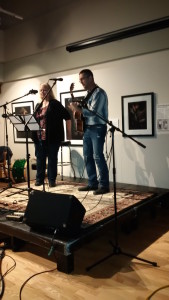 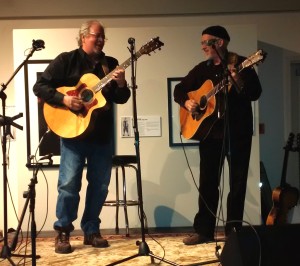 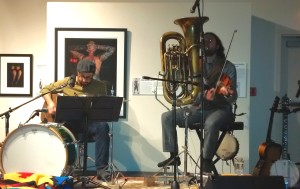 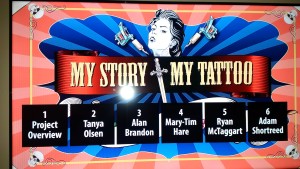 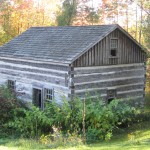 The Elora Poetry Centre is a wonderful example of people opening their home to share poetry, music and food. Hosts Daniel Bratton and Carol Williams moved an 1832 log cabin (the Beaver House) to their property near the Elora Gorge Conservation area and eventually realized their vision of making it a venue to bring poets and poetry aficionados together. 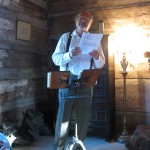 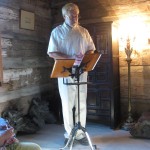 These performances were part of 100 Thousand Poets for Change, an initiative happening in over 650 locations around the world, “ a demonstration/celebration to promote peace and sustainability and to call for serious social, environmental and political change”.  While we relaxed, enjoying the poetry and the beautiful surroundings, our host Daniel reminded us that, on this day, some readings would be taking place in cultures where it was challenging and even dangerous to hold such an event. 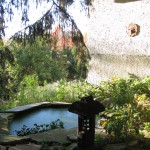 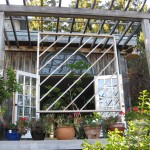 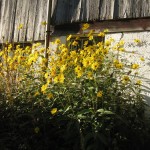 With this in mind I hope everyone gets out to enjoy the abundance of local cultural offerings this fall! 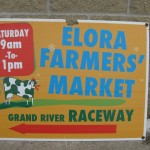 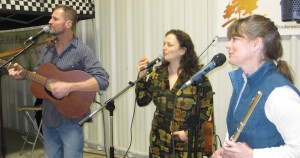