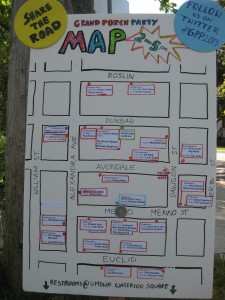 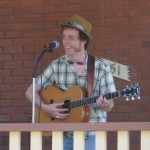 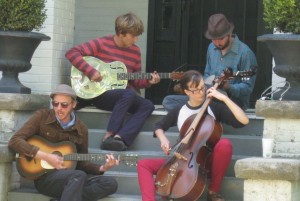 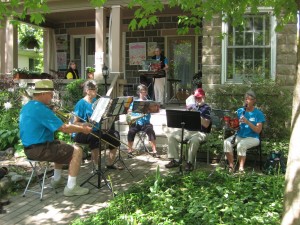 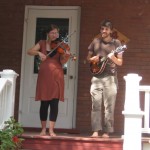 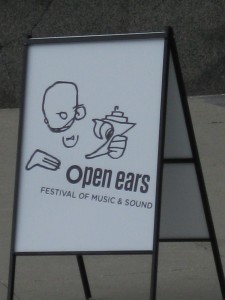 I admire creative use of everyday public space. On May 31st, Kitchener Civic Square was transformed into a percussion playground by Between the Ears Festival. The festival began with strains of operatic voices cascading from unseen singers high above the square. This was followed by a surround sound crescendo of gongs that began softly and grew loud enough to drown out the sound of the city.

In Spill, sound was produced by a giant funnel swinging pendulum style spilling rice over a variety of ever changing textures. I was torn between closing my eyes and listening to the rhythm and watching the hypnotic movement of the funnel and Ryan Scott’s manipulation of the objects below. 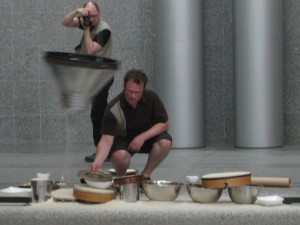 Another intriguing combination of visuals and sounds: six percussionists performed a piece where the rhythms bounced back and forth and wove in and out of each other. Meanwhile, the drumsticks were attached to a centre pole by long white strands that leapt and curled with the rhythm. It was amazing to watch from any angle. 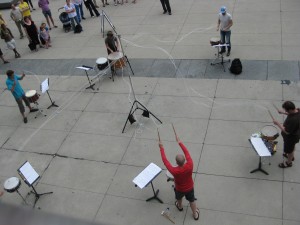 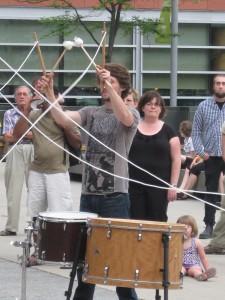 Disonar featured a performance on  a drum kit made of drywall and a guitar made of cement – spoiler alert: it does not end well for the drum kit.

The last performance – “Hit Parade” – consisted of participants who lay on the floor with microphones and beat the microphones on the floor at whatever tempo they chose, “resting” after 100 beats and then resuming. This was the hardest performance for me to connect to – couldn’t find anything aesthetically or intellectually compelling about it. 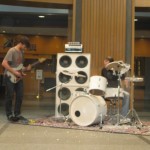 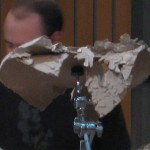 Open Ears: Festival of Music & Sound – the host of Between the Ears – will be presenting a full size festival in June 2014.