This Thursday, the Shepherd’s Pub in Elora saw many folks who wanted to sing and play, including some “off-duty” Elora Festival Singers demonstrating their vocal versatility and ability to layer beautiful harmonies. No sign up sheet – just make it known to Sarah, the warm and welcoming host, that you want to play and she’ll give you the nod when it is your turn and help you get plugged in. There is musical support for those who want it – bass and lead guitar players will sit in if you can give them a notion of the song. Likely also some volunteers on spoons and harp.

The room was loud and it was sometimes hard to tell if anyone was listening – but there was a definite appetite for singing. After the sound equipment was put away people were still playing and singing into the wee hours. Since my last visit to the Shepherd’s Pub open stage (see March 25th post) the venue has moved to an every-other-week format. The sound is set up between 8 & 9 but things tend to get rolling a little later. 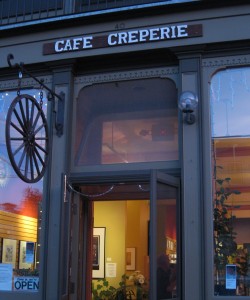 . This meant I could hear strains of music blocks away, leading me to the relaxed group of acoustic musicians on Mill Street, downtown Elora. I had the pleasure of hearing original songs, covers that ranged from 2011 back to 1915, and – definitely a first for me – a Britney Spears tune done on the banjo!

The Ark Coffee House has been hosting live music (feature acts + some open stage opportunities) in a beautiful rural setting for two years now. This

summer the same group of music lovers hosted a two day music festival: the Ark Music Festival or “Arkfest”. A BYO-chair, beverages, food, & tent affair, the setting was idyllic, the people friendly and laid back. If the weather hadn’t 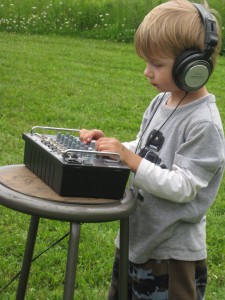 coooperated (but it did – wonderfully) performances could have moved from the outdoor venue to a music room within the spacious straw bale house. In addition to a line-up of local (and not-so-local) talent there were open mic opportunities. Here are a few captured moments – hope to see a return of this event next summer. In the meantime, watch for a return of the monthly coffee house this fall. 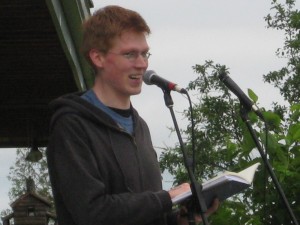 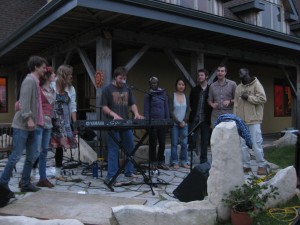 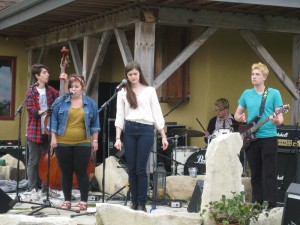 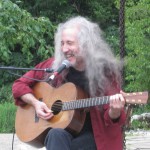 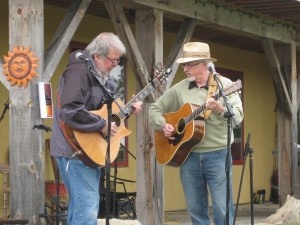