I figured there would be a few things I would want to pull together to start my adventure:  1) A good set list – a few songs I feel confident playing outside of the cocoon of my familiar musical friendships; 2) Research – to start building a list of “open musical spaces”, song circles, jams, folk clubs and open stages.  I envision this step snowballing as I visit more venues; 3) On-line interactive presence – steep learning curve here but Nardo has definitely tutored me well making this website work for me; and, 4) A buddy system – always great to have someone join me whenever possible, whether around the corner or on a road trip, to bounce off ideas and first impressions.  More learning as I go, I am sure, but I’m ready to engage!   For June, setting my sights on Elora, Ottawa and a little hamlet north of Barrie.

Please send me your suggestions for places to play!

Welcome To The Open Stage Adventure 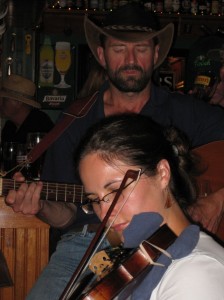 Looking for a place to play music in public for the first time?

Hoping to share old standards or new songs with other musicians?

Do you have a suggestion for a great jam, open stage, or song circle to visit?

Welcome to the first installment of the Open Stage Adventure.  It is my intention to explore how and why music brings us together as well as to celebrate the musical communities that are thriving all around the country.  I will start close to home (southern Ontario), and as my schedule and budget allow I will explore musical events further a field.  I will share my own experiences visiting open stages, song circles, acoustic jams, and other events where people share music.  I will also talk to hosts and founders to learn more about how the various clubs and venues came to be, and what keeps them going.

Look to this space for regular posts on making and sharing music. I look forward to your input and ideas. Summaries of events (host, venue, format, etc) will be posted under Stages, Circles & Jams.  Under Musical Musings you will find thoughts and opinions on making music and the place music has in our lives.  See the side bar for links to venues, musicians I meet along the way, and other musical resources like folk clubs, organizations, festivals.

“Take the mic” asks you to respond with your own experiences, suggestions and stories.

If you have a suggestion for an open stage, jam or song circle I should visit, please send me the details: [email protected] Or post it as a comment if you would like other readers to know about it.