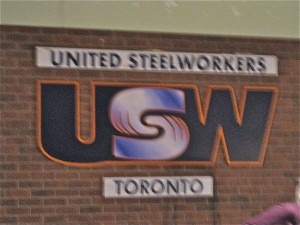 I’m going to throw this out as a challenge to see if anyone will correct me: I have it on good authority (Bill Heffernan of Gate 403 fame) that Fat Alberts Coffeehouse is the longest running open stage in North America. Starting out in a church basement in 1967, this weekly open stage has been at the United Steelworkers Union Building on Cecil Street for about 10 years now. Some of the musicians in attendance had stories to tell of the event as it unfolded over 30 years ago which added personal perspective to the club’s longevity. 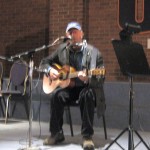 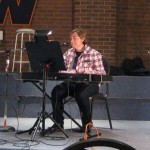 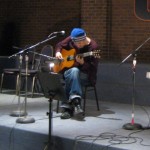 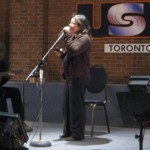 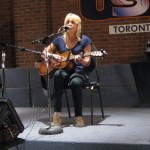 All levels are welcome and all genres (including classical guitar, blues, spoken word, covers, original tunes). The atmosphere is relaxed and supportive. Tony, on sound, and Mary, our MC, made sure everything moves along quickly & smoothly, with minimal down time between performers. In addition to vocal mics and instrument plug-ins, there is also a keyboard for performers to use.  Part way through the evening there is a half hour feature set. This week’s feature performer was Glen Hornblast who entertained us with stories and original tunes.

“Alice’s Aspiring Artists” is a Thursday night open mic in the south end of Guelph. It is a larger pub where musicians play to a background of TVs showing sports events (thankfully with the sound off).

The format is pretty informal. Host,Trevor Nemett invites any interested musicians to come up to the mic, on their own or with back-up from the band. This can lead to some fun spontaneous collaborations. If there aren’t a lot of names on the list then Trevor & friends can easily fill the gap. It’s a late event – starts at 10 pm – and attracts a younger (university age) crowd. 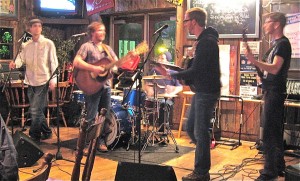 I’m interested to see what happens if I am  “Returning Alice’s Artist” – apparently some prizes in the offing.  Oh and don’t let the sign out front fool you – the beer is cold and the snacks are yummy. 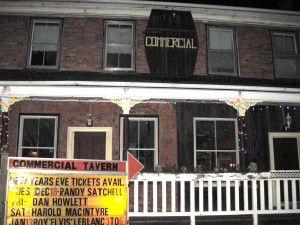 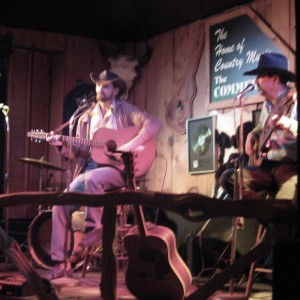 I love the Eaglewood Open Stage – unplugged, outside surrounded by rocks and trees, and very inclusive (read more about eaglewood this summer and last) . The host of the open stage is a big part of setting the tone for the event and  Shaman Ayerhart is one example of a wonderful host. He keeps the momentum going so everyone gets a chance to play and everyone feels welcome.Here is a clip from this summer’s open stage where our host shares one of his own songs – a little splash of summer as the weather gets colder: