Another way I enjoy sharing music is through house concerts. I have become a huge fan of the small venue, interactive musical and social experience. Unfortunately, I am no longer hosting house concerts but appreciate those who do and attend whenever I can.

For more information on holding your own house concerts check out these websites: 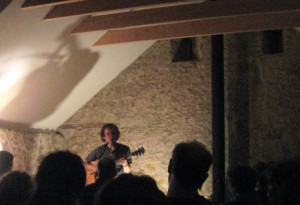