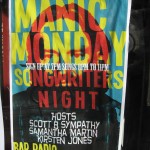 Although Toronto boasts a large number of open mics, not many are devoted to the songwriter. Samantha Martin, a songwriter and performer herself, started Manic Monday Songwriter Night  at Bar Radio to remedy this unfortunate gap in the live music scene. Samantha opens with some of her own originals, hosts the evening, serves as the dedicated sound person, and closes with a jam. The Songwriter Night is a relaxed, supportive venue for writers who want to share their songs or try out new material. Spontaneous musical collaboration is welcome! 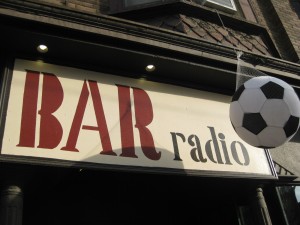 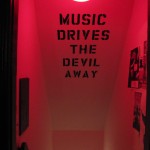 Manic Monday started in March with a weekly songwriter night but, as of now, is moving to a monthly format since Samantha and the other hosts are busy working musicians.  The next two Manic Mondays will be August 4th and September 8th. They will usually fall on the first Monday of the month but check the FB page to confirm before heading there with your guitar. In the meantime you can catch Samantha Martin & Delta Sugar at Hillside Festival this weekend. 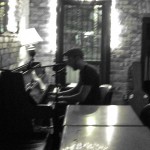 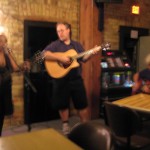 The World in Six Songs by Daniel J. Levitin (author of Your Brain on Music) seemed like a gimmick, categorizing music into 6 boxes to show its influence on human evolution and culture. But I got past this premise to see the book as a vehicle for exploring the role of music in our lives – individually, socially and historically.

Levitin groups music in the functional categories of: Friendship, Joy, Comfort, Knowledge, Religion, and Love. His supporting evidence for the importance of music in human culture is heavy on evolutionary biology and biochemistry. How did music become a part of every know human culture? The ability to create and/or appreciate music gives a survival advantage; for example, the ability to act in a unified way when battle is imminent, the sharing/memorizing of important knowledge without written language, or (more obviously) the ability to attract allies and mates. The experience of engaging in music stimulates the release of various neurchemicals that make us feel good (dopamine) and facilitate bonding (oxytocin). Levitin uses everything from hymns to punk  rock, from national anthems to lullabies, as examples of how music is linked to human endeavours.

I found that Levitin’s arguments were rambling, with a good dose of name-dropping. The six categories overlapped and some of the examples used were stretched to make them fit the chapter heading.  In the end, Levitin does not make a convincing case that  music’s role in human culture can be captured in those limited categories. But – maybe because it resonated with many of my beliefs about music – I enjoyed the discussion of music as catalyst for social bonding and sense of well-being.