Having watched the Tuesday night open mic at the Magnolia Café fill to capacity, I wanted to visit the Wednesday expansion project. Our fearless leader, Ian Reid, was away, likely busy performing and introducing folks to his new CD: Delivered on Delhi Street . In his stead, Mo Kauffey was at the helm. 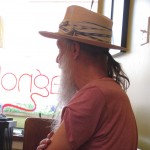 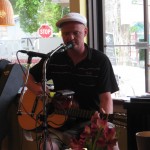 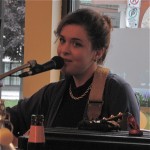 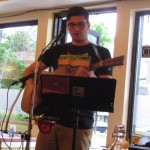 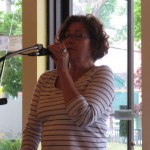 Wednesday night routine is slightly different than Tuesday: in addition to the open mic there is a feature performer. At the end of the evening, the following week’s feature is drawn from a hatful of hopefuls.

At my first visit, Chris Hierlihy, an unassuming, low key performer, gave us half an hour of engaging originals. Inspiration for songs ranged from extreme weather to the moons of Jupiter, with credit given to a 4 year old muse (aka his son). 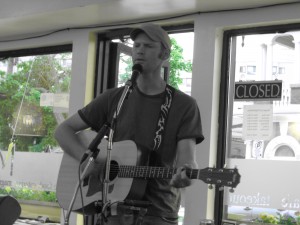 Since Wednesday night isn’t as full as its predecessor, early performers got to play three songs instead of the usual two. So come out on a Wednesday night while there’s still elbow room.